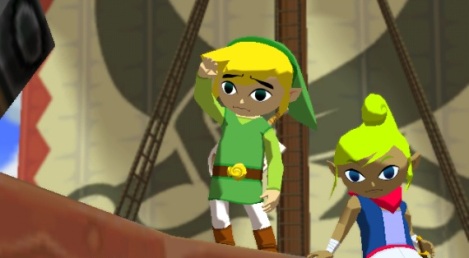 I haven’t been writing for very long, It mostly started as an excuse for doing nothing all day, every day. Since I was playing games all day, might as well do something useful with it, write reviews and such. Its escalated into something pretty important to me in these short months, and I don’t really want, nor plan to stop anytime soon. But I haven’t been able to write about much things lately as I’ve been, for once, surprisingly busy. Its only been several weeks without writing very much (besides just one review) but its something thats beginning to bug me, not writing anything you guys. I don’t really have a point, but I figured I’d still leave an update.

I finally hit that point where I needed get up and fucking do something. I’ve mostly been one to stick to the couch or in front of some form of TV/monitor, so it feels weird and exciting to finally be at a loss of spare time.

I recently started school (I’ll make this quick, Wrench, please don’t strike me down!) to not sound as pathetic when someone asks me “So.. What do you do?”. They aren’t the hardest of ventures, a drawing and publishing class (sprinkled with a math class but who cares about that), mainly to improve a personal site, while also trying to repair a long lost drawing talent. I wanted more, but they were mostly what time allotted me, as most of classes that interested me were in the same time slots.

The remaining hours have been spent trying to think of ideas about games or other things to write about, record or anything else that could be loosely defined as a ‘creation’. They’re not the greatest ideas, as I find myself often hard pressed for anything better than any simple game review, but I hope they’ll catch at least one eye.

I think it’ll take more time to let the fruit ripen and iron out the kinks this time, as I have less time to mess around with, but now that I’m grasping hold my new routine I’m figuring out easier ways to get some more immediate content in between. Elgato’s game capture HD updated to include live streaming to Twitch.Tv, making it easier to get into the fray of the latest topics, without the need to completely literate my opinions, and in fact I can show them form. Feeling a need to have some video content, its something I’m interested in pursuing.

I’ve got quite a weekend ahead of me, having friday and monday off, which I’ve decided to dedicate to streaming the Dead Space franchise from the original, hopefully through to (as long as fucking Gamefly works) the apparently lackluster third entry. And if I can’t make it to Dead Space 3, I at least get to play the good ones. It seemed like the perfect event to tie into my recent obsession, though I realized the daytime hours will kill the mood.

Though I could just stream something else if the need arises…

I’ve been trying to start Assassin’s Creed 3, though Im beginning to see the intro as slow, as I’ve only just reach the end of Haythem’s introduction. What Ive found the worst so far is the ‘detection=game over’ mentality of the first chapter’s missions. I heard I shouldn’t be overwhelmed by the title, but I hope that mentality changes as I think I’m about to reach Connor’s content.

I’ve been saving Ni No Kuni for enough time to make it through the introduction, as the grapevine tells me its quite a dense intro. As I’m sure everyone else is, I’m a Miyazaki/Studio Ghibli fan, owning most of the films; I’m not the hugest Level-5 fan, but they have enough merit in what little I played of White Knight Chronicles. Oooh…I cant wait..

I hope that this can explain my lack of commitment lately, while also excusing the continued lulls.