With two new handhelds born in 2012, the Vita and 3DS, there are a surprisingly small amount of excellent titles. But like newborns, the first year shows little indication of how they will actually grow. With ever-blooming catalogs for Sony’s Vita and Nintendo’s 3DS, 2012 shows great promise for the budding systems. 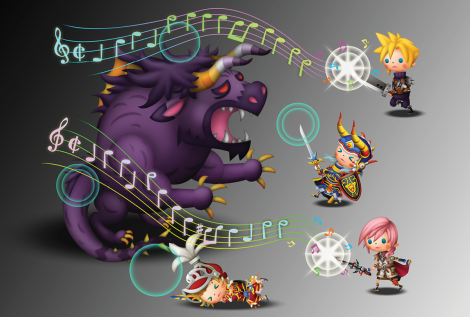 Part of Square Enix’s Final Fantasy’s 25th Anniversary, Theatrhythm: Final Fantasy is a rhythm game revisiting the soundtracks that have become cult classics along with the series they’re from, Theatrhythm is an homage to its fans, presenting the pantheon of cutscenes with an easily enjoyed art style and an inviting, but eventually relentless rhythm pattern that’s simple enough to take anywhere but ferocious enough to absorb hours of your time.

Combining old school game design with new school cartoon animation, Adventure Time: Hey Ice King Why’d You Steal Our Garbage could charm anyone from schoolchildren to parent who remember games back in the 80’s. Using Zelda II: Adventures of Link, the dark-horse of Nintendo’s Legend of Zelda series, as inspiration, Adventure Time blends both series pedigrees well, giving fundamentally solid gameplay while keeping you entertaining with story bits that could have a come from the creator, Pendleton Ward, himself.

A sensory experience, Sound shapes is an simplistic platformer that interweaves sounds into every creature creating music that resonates with your movement. Your senses are kept in perfect balance with the game, due to matching the game’s patterns means your matching the rhythm, feeling the game. With its stretch of levels that are both visually enthralling and audio entrancing, Sound Shapes is a game that must be experienced. 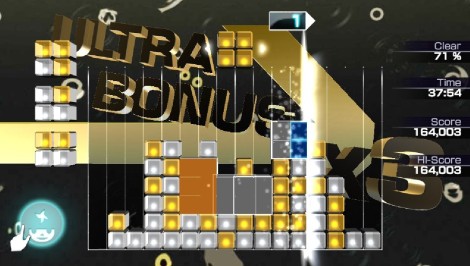 A puzzler mixing Tetris like block-building with popular electronic music, Lumines: Electronic Symphony is easy to understand with no exact way to truly master. It’s not revolutionary but its enchanting lights and sounds never stop giving, edging you on like a siren’s song. Lumines is the epitome of the portable experience, absorbing your attention to pass the time when needed, but still presented simply enough so it can be easily tucked away.

One response to “THE LITTLE GUY AWARDS: My Top 5 Handheld Titles of 2012”